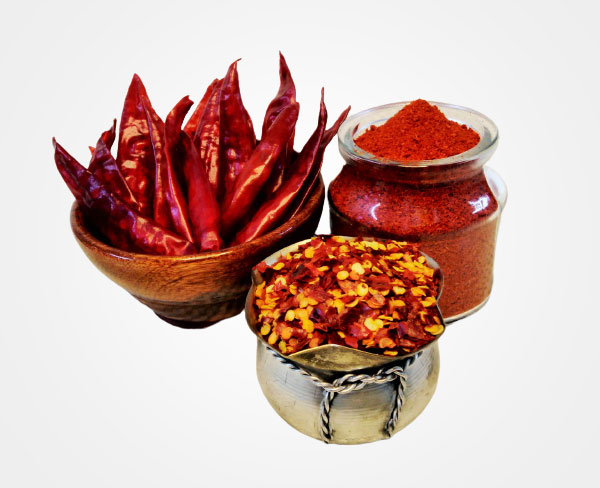 Chilli’s history is quite interesting; about 400 years ago the Portuguese introduced Chilli to India along with some other foods like Potatoes, Corn, Peanuts, Cashew, Papaya & Pineapple etc. Some of them got quick acceptance but chilli was a late starter and took around 200 years to get the acceptance in Indian kitchen. Black pepper was the main source for heat in Indian food until the 18th century. The sole purpose of Portuguese was to shift Indian habits of consuming Black Pepper to eating Chilies thus leaving more Pepper for the Export.

Consequently now Indian Kitchens can’t be imagined without Green or Red Chilli and it became an integral part of our recipes and spices. Today India is the largest Producer & Exporter of Chilies and some of the hottest chillies in the World are produced only in India.